Ever since my first personal touch to India and the Indian culture more than 10 years ago, I have kept on repeating it is a country of contrasts and extremes, co-existing and experienced simultaneously, when asked about my impressions. It’s as if you can see both sides of a coin at the same time because you are trying to balance on the narrow edge they form where they merge into each other. That’s how I perceive my long-term stays in this country (so far 4, including the current one) being a foreigner, and I expected nothing less than a rollercoaster that I would have to balance once again. I deemed myself prepared enough for it. 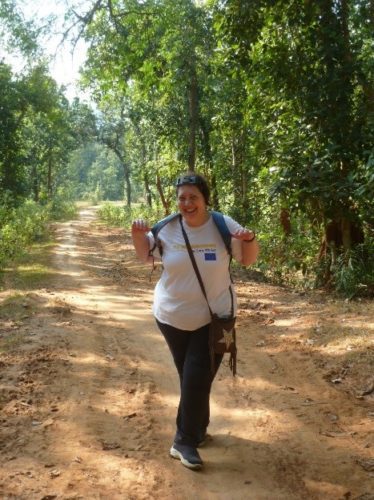 However, never have I ever anticipated it would be actually global and connected to health and security issues.

6 months passed by relatively fast and calmly and without much excitement happening. I was mainly working in the office, with the only exception of a needs assessment trip to the tribal village of Sindurtaila deep in Odisha’s jungle (region of Bhubaneswar). I had even started believing I’d skip the wild swings between the extremes this time and won’t have any story to tell – a lot of things have changed in India during the last decade and everything was going really well and as smoothly as possible (with much less overwhelm) or have I just become so accustomed to the Indian way of life? Anyway, meeting halfway in cultural terms was not that difficult as before. Hence, a decision for extending the deployment period till the end of April was made…

… And here we are on 1 March – my Indian (and Spanish) colleagues and I –  celebrating the Bulgarian ancient tradition Baba Marta (Granny March) in the office. This was a nice cultural exchange and I was happy to share this unique tradition with my colleagues and enjoyed their interest and enthusiasm in learning more about it. 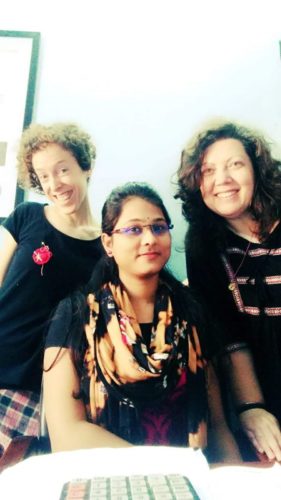 Then I was planning to have a vacation around Holi (10 March) – one of the biggest religious holidays in India and my birthday (19 March).

However, the news about the fast spreading of the novel Coronavirus (SARS CoV-2 or CoVID-19) have already started causing anxiety all over the world and my Spanish colleague Andrea decided she would feel more secure in her own country and was preparing to leave India on 22 March.

Things didn’t look up for my holiday trip, so I canceled it. Yet, unlike my colleague, I wanted to stay and continue my deployment period to the planned end. I believed India would manage the epidemic situation well as the authorities had already started consultations on the measures. There was a very low number of registered CoVID-19 patients – below 100 and only 2 in Bhubaneswar, where we had been living and working since the beginning of September.

Stranded and locked down in India

It turned out that my EUAV colleague had taken one of the very last flights out of India. All the international flights were suspended on 22.03. at 7:00 a.m., initially for a week (as per the official announcement). She flew out just several hours before that.

From that point onwards, things took a sudden and unexpected turn quite rapidly and on 25.03.2020 a total nationwide lockdown was declared.

Soon it became clear that I cannot leave India despite the continued efforts put by the Bulgarian embassy and the EU delegation in Delhi in helping to organise my repatriation. This was due to the fact that the special repatriation flights all flew from the metro cities like Delhi, Mumbai and Kolkata, and Bhubaneswar is really far away from all of them. The nearest option – Kolkata – would take an 8 ½ hours’ drive and crossing interstate borders was also banned and required special permissions. Nobody was willing to take the risk of driving me there.

So, I had no other choice but stay in India and get used to life in a lockdown situation.

How the Indian way of a lockdown looked like for me

First things first – I had to comply with all the regulations issued by the authorities (of course) – the central as well as the local government. I followed and I’ve been keeping on following the recommendations of the Ministry of Health and Family Welfare (MoHFW) published online on their website and social media accounts. In fact, I use a lot of their awareness materials for ideas or to share on my hosting organisation OSVSWA’s Facebook page. This became a part of the organisation’s COVID-19 response campaign – raising awareness through posts on social media – and this is one of my activities as a EUAV in Communications.

Since working in the office was suspended too, all the work acquired the form of an online/ remote work from home, so in order to keep in touch with my colleagues, I set up an online office/ workspace for OSVSWA.

The next thing related to work was naturally to support OSVSWA’s activities connected to the COVID-19 Response campaign. Apart from the raising awareness posts on social media, I created a digital crowdfunding campaign on GoGetFunding platform and also applied for a microfinance project through my sending organisation ADICE.

Thanks to the funds received from these sources, OSVSWA conducted training sessions in 11 villages in Odisha’s tribal areas. The training was on handwashing, social distancing and secure behaviour during the pandemic and how to prevent the further spread of the Coronavirus. Food and face masks were distributed among the participants of the training sessions. 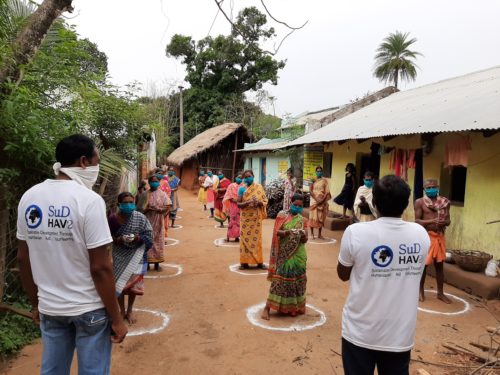 Since I could not travel to the villages due to the restrictions in movement/ number of people in a vehicle, my Indian colleagues were wearing the EUAV SuDHAV-2 t-shirts as a sign of representation and appreciation of the cooperation.

As for daily life in Bhubaneswar, it changed significantly: empty streets, closed shops, restaurants, malls, gyms, beauty salons, etc. It suddenly became quiet, very quiet… I have never imagined a silent India, but I have witnessed it now. The crazy traffic disappeared – in the very rare moments when I had to go outside the house to buy some necessities, I’d meet just a few people in the main street where there was previously a crowd and even fewer vehicles. We all had to wear face masks or another form of covers over the nose and mouth and follow the social distancing rule of 1.5 – 2 metres of space between individuals.

On a positive note, India during the strictest part of the lockdown (phase 1.0 and 2.0) not only was silent, but became less polluted as well, especially the air, and people started paying attention to the importance of maintaining good hygiene habits throughout the day.

A typical day during the lockdown 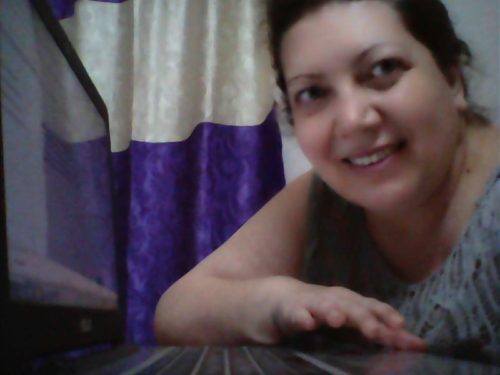 I have been in contact with a lady from the EU delegation in Delhi, the Bulgarian embassy, ADICE, OSVSWA, my ex-teammate in Spain, my family, friends – all checking upon my current wellbeing and informing me of various things happening.

It seems that in reality I have just happened to experience what living like an average Indian woman feels like. Because lockdown or no, most of the ladies my age here just stay at home and take care of all the domestic chores and their family. The only exception is that I’ve been totally on my own and had to care about myself only. Oh, and still cater to my responsibilities as a volunteer, which means adapting to the new circumstances and carrying on with the mission.